Chiz: Sorsogon comes to aid of Odette victims in Vis-Min 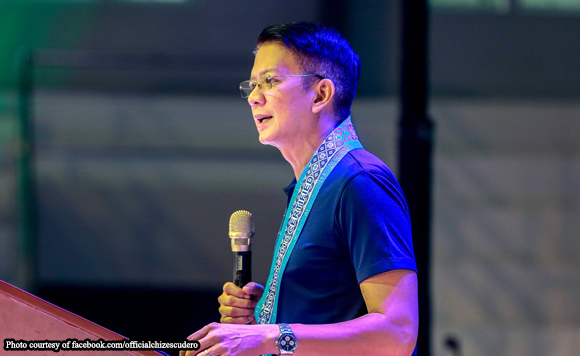 0 752
Share
Want more POLITIKO News? Get the latest newsfeed here. We publish dozens and dozens of politics-only news stories every hour. Click here to get to know more about your politiko - from trivial to crucial. it's our commitment to tell their stories. We follow your favorite POLITIKO like they are rockstars. If you are the politiko, always remember, your side is always our story. Read more. Find out more. Get the latest news here before it spreads on social media. Follow and bookmark this link. https://goo.gl/SvY8Kr

Senatorial aspirant and Sorsogon Governor Chiz Escudero announced that the provincial government will be sending calamity assistance to the provinces in the Visayas and Mindanao pummeled by super Typhoon Odette.

In a statement, the former senator said Friday night that help from Sorsogon, which was also affected by the latest typhoon to hit the country, will be distributed for the rescue, relief and rehabilitation efforts of affected local government units (LGUs).

“Earnestly praying for the people affected by ‘Odette,’” Escudero said.

“On behalf of all Sorsoganons, the Province of Sorsogon will send calamity assistance to the affected provinces to help in their rescue, relief and rehabilitation efforts,” he added.

Odette is the 15th tropical cyclone to hit the country this year. Around 20 form within or enter the Philippine Area of Responsibility each year, according to the weather bureau Pagasa.

The typhoon brought strong winds and massive floods in the Visayas and Mindanao regions on December 16 that caused thousands of people to flee their homes to seek shelter in evacuation centers.