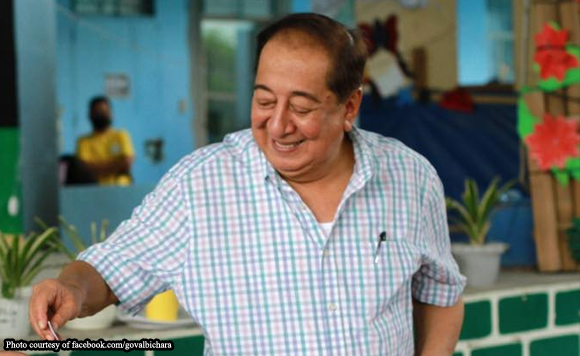 0 505
Share
Want more POLITIKO News? Get the latest newsfeed here. We publish dozens and dozens of politics-only news stories every hour. Click here to get to know more about your politiko - from trivial to crucial. it's our commitment to tell their stories. We follow your favorite POLITIKO like they are rockstars. If you are the politiko, always remember, your side is always our story. Read more. Find out more. Get the latest news here before it spreads on social media. Follow and bookmark this link. https://goo.gl/SvY8Kr

The governor shared the accomplishments in agriculture sector in 1996, the beginning year of his first three undefeated terms as Governor of Albay.

In the next four years, the High-Value Commercial Crops Center (HVCCC) began to be bountiful, harvested varied vegetables, making Albay as the “Bread Basket” of these vegetable products and root crops, which were commercially marketed to local farmers and businesses.

This was a similar idea Bichara explained in his message to at least five hundred Albay farmers who had attended the AFBFPP Awarding Ceremony, telling them the valuable benefits of commercial production.

He said that this would help them expand the selling areas to buyers not only in Luzon areas but could spread out to Visayas or Mindanao as well as Metro Manila.