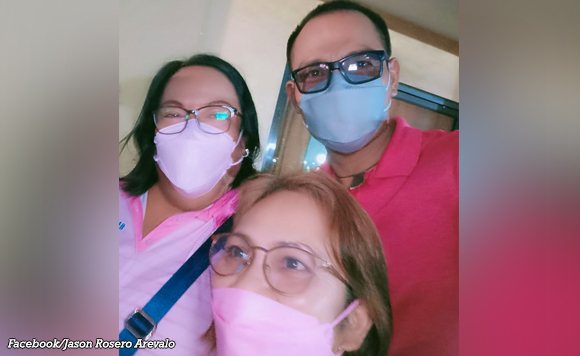 0 1,259
Share
Want more POLITIKO News? Get the latest newsfeed here. We publish dozens and dozens of politics-only news stories every hour. Click here to get to know more about your politiko - from trivial to crucial. it's our commitment to tell their stories. We follow your favorite POLITIKO like they are rockstars. If you are the politiko, always remember, your side is always our story. Read more. Find out more. Get the latest news here before it spreads on social media. Follow and bookmark this link. https://goo.gl/SvY8Kr

Masbate Senior Provincial Board Member Jason Arevalo tried to score a picture with Vice President Leni Robredo during the latter’s visit in the province — but to no avail.

“Was so close but opportunity didn’t smile at me.

Arevalo thanked VM Bing for her courage to stand up and support the presidential bid of VP Leni.

“Thank you, Masbate City Vice Mayor Bing Sanchez for the courage and for being a conscience voter! You and your moral choice inspire,” he said.