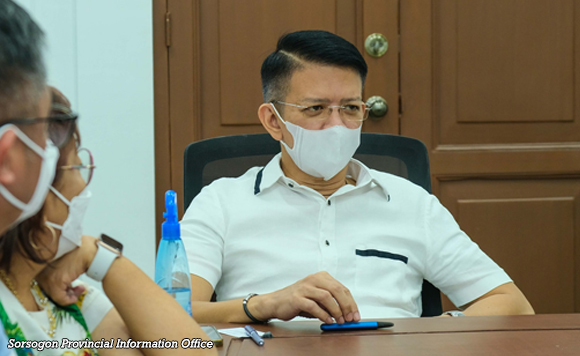 0 231
Share
Want more POLITIKO News? Get the latest newsfeed here. We publish dozens and dozens of politics-only news stories every hour. Click here to get to know more about your politiko - from trivial to crucial. it's our commitment to tell their stories. We follow your favorite POLITIKO like they are rockstars. If you are the politiko, always remember, your side is always our story. Read more. Find out more. Get the latest news here before it spreads on social media. Follow and bookmark this link. https://goo.gl/SvY8Kr

Sorsogon Governor Francis “Chiz” Escudero, who is seeking a Senate comeback, said that he will push for a law mandating the waiver of bank secrecy for public officials once elected again in the upper chamber.

“The proposal will make it mandatory for all state officials and employees to sign a waiver in favor of the Ombudsman to look into their bank deposits here and abroad,” said Escudero.

Escudero said that he is not losing hope that his proposal would be enacted into law.

Escudero is serving his first term as governor and now wants to snag a Senate seat in the 2022 elections.

Gov. Velasco provides assistance to Marinduquenos who were…