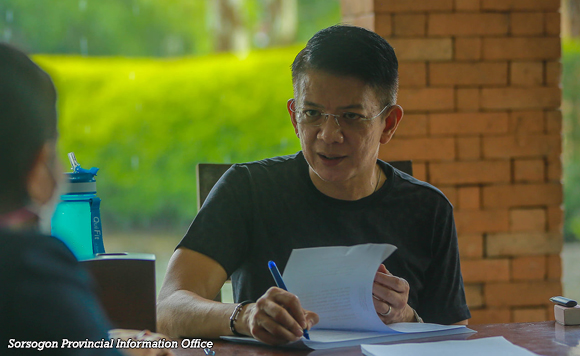 0 331
Share
Want more POLITIKO News? Get the latest newsfeed here. We publish dozens and dozens of politics-only news stories every hour. Click here to get to know more about your politiko - from trivial to crucial. it's our commitment to tell their stories. We follow your favorite POLITIKO like they are rockstars. If you are the politiko, always remember, your side is always our story. Read more. Find out more. Get the latest news here before it spreads on social media. Follow and bookmark this link. https://goo.gl/SvY8Kr

Sorsogon Governor Francis “Chiz” Escudero said that filing a candidacy is a “selfless” act for the purpose of serving the public.

He said that it is not done to “play” with the electoral process.

“Filing (of COC) should be a conscious, voluntary & selfless act to offer [yourself] to the ‘altar of the ballot’ for the sole purpose of serving the people. [It’s] not done to please any one person/group/party, much less to ‘play’ with & circumvent the intent of electoral process,” he said in a tweet.

Senator Ronald “Bato” dela Rosa earlier said that he was told to file his COC for president hours before the deadline by the leadership of the ruling party PDP-Laban.

Dela Rosa also said that he is willing to give way to Davao City Mayor Sara Duterte should the latter decide to run for president.

The deadline of COC filing was last October 8 but nothing is final yet as substitution of candidates is allowed until November 15.

Escudero, who is serving his first term as governor, is seeking a Senate comeback in the 2022 polls.