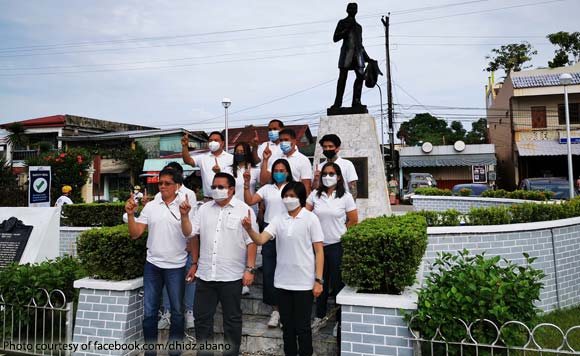 0 669
Share
Want more POLITIKO News? Get the latest newsfeed here. We publish dozens and dozens of politics-only news stories every hour. Click here to get to know more about your politiko - from trivial to crucial. it's our commitment to tell their stories. We follow your favorite POLITIKO like they are rockstars. If you are the politiko, always remember, your side is always our story. Read more. Find out more. Get the latest news here before it spreads on social media. Follow and bookmark this link. https://goo.gl/SvY8Kr

Jose Panganiban Vice Mayor Diday Abaño herself thinks it is a long shot, but she is taking the chance and running for mayor.

Her slate is offering the longed-for unity for the town.

Her team is called Team Matapat, whose members are offering themselves to the Lord and to the country, she said.

She may view it as an uphill climb, but she will push through with the race!

And we know that in all things God works for the good of those who love Him, who have been called according to His purpose.