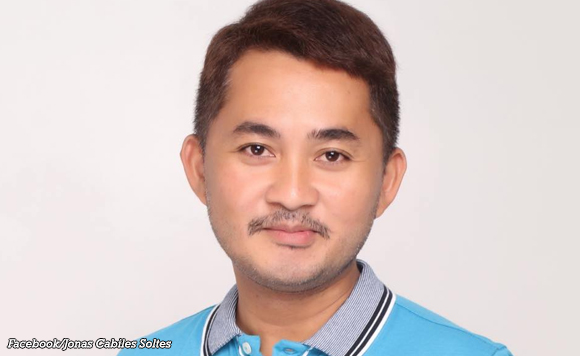 0 510
Share
Want more POLITIKO News? Get the latest newsfeed here. We publish dozens and dozens of politics-only news stories every hour. Click here to get to know more about your politiko - from trivial to crucial. it's our commitment to tell their stories. We follow your favorite POLITIKO like they are rockstars. If you are the politiko, always remember, your side is always our story. Read more. Find out more. Get the latest news here before it spreads on social media. Follow and bookmark this link. https://goo.gl/SvY8Kr

Tinambac Councilor Jonas Soltes has good reasons for choosing Vice President Leni Robredo as his presidential bet, and it’s not because he hates Malacañang’s current occupant.

Soltes said on Facebook that he will vote for Robredo because she is in the best position to stand on her predecessor’s shoulders.

She can be the President because leading the motherland requires a sense of duty, he said.

Robredo does not have to change who she is to get votes, which shows her sincerity to lead the country, he said.

He has no doubt about it, Leni should lead!

“I am a dissenter but I will vote for Leni Robredo not because I hate the current administration. I will vote for Robredo because she is best positioned to stand on the shoulders of President Duterte. She is the only “Presidentiable” who can be President not because the Presidency is the final feather on the cap of any Filipino, but because leading the Motherland entails sense of duty. That she does not have to change who she is just to gain votes gives away her sincerity to lead,” Soltes posted.