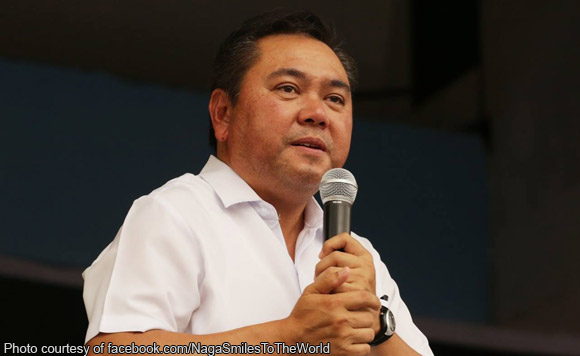 0 453
Share
Want more POLITIKO News? Get the latest newsfeed here. We publish dozens and dozens of politics-only news stories every hour. Click here to get to know more about your politiko - from trivial to crucial. it's our commitment to tell their stories. We follow your favorite POLITIKO like they are rockstars. If you are the politiko, always remember, your side is always our story. Read more. Find out more. Get the latest news here before it spreads on social media. Follow and bookmark this link. https://goo.gl/SvY8Kr

Bongat already filed his certificate of candidacy for Mayor under the Coalition for Good Governance. Bongat’s running mate for vice mayor is Zeny Bragais.

He is expected to face incumbent Mayor Nelson Legacion, who served as his vice mayor before.

His slate for councilors are as follows:

Bongat served as City Councilor for three consecutive terms from 2001 to 2010.

In 2010 he was elected as Naga City Mayor succeeding the late Interior Secretary Jesse Robredo. He was re-elected in 2013 and 2016.

After serving out his three terms as mayor, Bongat did not run in any public office in the 2019 elections.