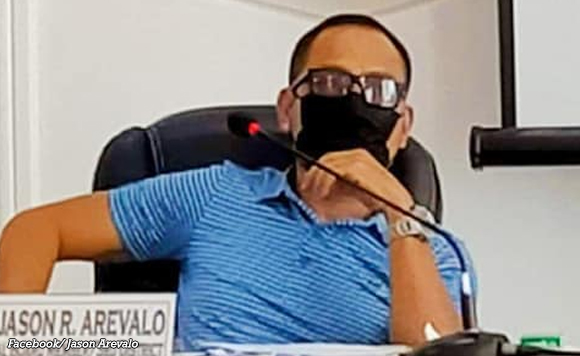 0 740
Share
Want more POLITIKO News? Get the latest newsfeed here. We publish dozens and dozens of politics-only news stories every hour. Click here to get to know more about your politiko - from trivial to crucial. it's our commitment to tell their stories. We follow your favorite POLITIKO like they are rockstars. If you are the politiko, always remember, your side is always our story. Read more. Find out more. Get the latest news here before it spreads on social media. Follow and bookmark this link. https://goo.gl/SvY8Kr

Masbate Senior Provincial Board Member Jason Arevalo said that an order to the police not to arrest anyone who would skip Senate hearings would be a culpable violation of the Constitution.

Arevalo is reacting from the statement of President Rodrigo Duterte ordering the police and military not to arrest anyone for refusing to attend Senate hearings.

“An executive order such as this is a culpable violation of the Constitution, a blatant and clear breach of the doctrine of separation of powers,” Arevalo, a lawyer, said.

“This unequivocably undermines the power of Congress as a coequal branch in our tripartite system of government and renders nugatory our system of check and balance,” he added.

Arevalo also stressed that the power of judicial review solely belongs to the Judiciary.

“A presidential determination of an act of Congress being committed with grave abuse of discretion amounting to lack or in excess of jurisdiction is beyond the province of the executive branch,” he said.

“That’s arrogating unto the president a power which is essentially and exclusively judicial. Besides, Congress is outside the pale of the President’s control and supervision.”

“What is with Pharmally and these Chinese businessmen that the Palace had to act this way? Why did it not do the same when De Lima was on the hot seat in the Senate’s Blue Ribbon?” he asked.