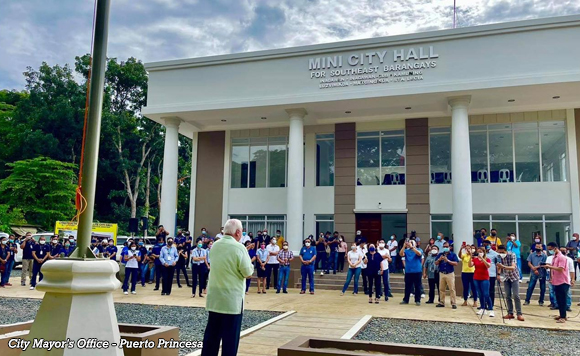 0 201
Share
Want more POLITIKO News? Get the latest newsfeed here. We publish dozens and dozens of politics-only news stories every hour. Click here to get to know more about your politiko - from trivial to crucial. it's our commitment to tell their stories. We follow your favorite POLITIKO like they are rockstars. If you are the politiko, always remember, your side is always our story. Read more. Find out more. Get the latest news here before it spreads on social media. Follow and bookmark this link. https://goo.gl/SvY8Kr

“We have made the first move, kelangan lang coordinated lahat tayo para ang ating direksyon ay iisa, we have to bring the government closer to the people” he added.

The mayor explained that having a mini city hall would make the public feel that there is a government that is willing and ready to serve them.

Vice Mayor Maria Nancy Socrates, meanwhile, congratulated the people who will be primarily served by the city hall.