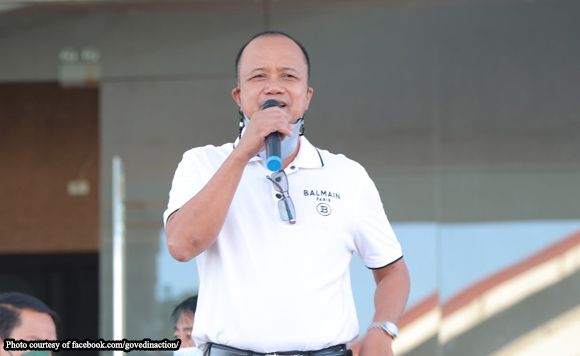 0 167
Share
Want more POLITIKO News? Get the latest newsfeed here. We publish dozens and dozens of politics-only news stories every hour. Click here to get to know more about your politiko - from trivial to crucial. it's our commitment to tell their stories. We follow your favorite POLITIKO like they are rockstars. If you are the politiko, always remember, your side is always our story. Read more. Find out more. Get the latest news here before it spreads on social media. Follow and bookmark this link. https://goo.gl/SvY8Kr

The officials discussed the PMA Entrance Examination, which was conducted in the province for those who were interested to join the military.

The exams were held at the San Jose National High School Gymnasium on September 15-16, 2021 and on September 18-19, 2021 at the Provincial Gymnasium – Capitol Compound, Brgy. Payompon, Mamburao, Occidental Mindoro.

Gadiano thanked the officials for bringing the exams in the province and provide chance to Mindorenos to be admitted at the Philippine Military Academy.