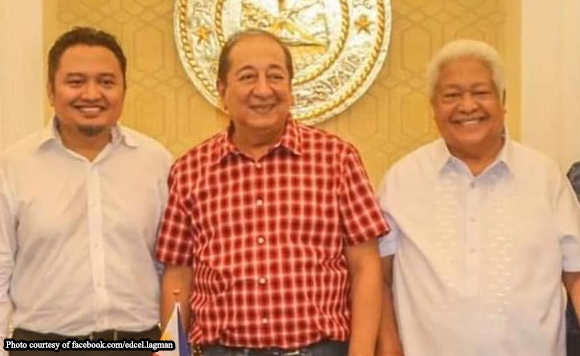 0 137
Share
Want more POLITIKO News? Get the latest newsfeed here. We publish dozens and dozens of politics-only news stories every hour. Click here to get to know more about your politiko - from trivial to crucial. it's our commitment to tell their stories. We follow your favorite POLITIKO like they are rockstars. If you are the politiko, always remember, your side is always our story. Read more. Find out more. Get the latest news here before it spreads on social media. Follow and bookmark this link. https://goo.gl/SvY8Kr

Lagman said that he met Bichara way back in 1995, a Maundy Thursday to be exact, who was then running as Albay governor for the first time.

“It was Holy Week, Maundy Thursday to be exact. It was a fruitful meeting that quiet afternoon as alliances were made between my dad and Gov. Al. I remember the meeting so well because the following day, Good Friday, my first born came into this world,” said Lagman.

He described their first meeting as “providential.”

“My dad won via landslide in his third term as congressman of Albay’s First District. Candidate Al Bichara was elected via landslide as well as a first-time governor. And I became a first-time father because of Josh. I believe in enduring partnerships and in meaningful relationships. Especially in public service,” he said.

In 2019, Bichara picked Lagman as his running mate for governor.

“Happy 69th birthday, Gov! Wish you all the best! The true test of leadership Is how well one functions in times of crisis. In this pandemic world, it is important to have excellent leaders. Our birthday boy is a good example,” he said.