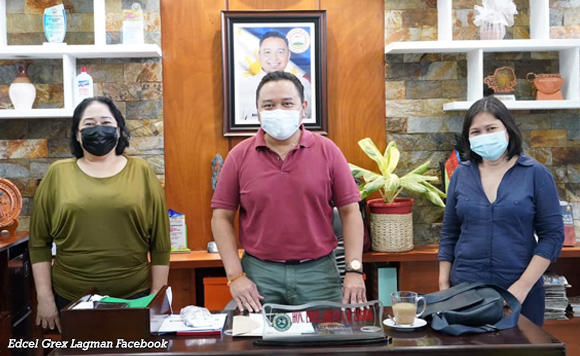 “Across the Bicol Region composed of six provinces, this research team from the region’s premier state university has decided to request data for their analysis from the region’s Sanggunian Panlalawigans. I am more than happy to accommodate the team’s request for research materials,” said the vice governor.

Lagman also said that Sangguniang Panlalawigan ng Albay can provide a rich source of data since its members come from three districts where various Bicolano dialects are spoken.

“This is an important research and i am excited about its outputs especially with regards as to whether the SPA should encourage the use by its members of the Bicolano dialect they’re most comfortable with in its Regular and/or Special Sessions,” said Lagman.

“While it’s true that our official government languages are English and Filipino, a policy maker/local legislator’s articulation of a particular subject matter in discussions on the floor and in debates is rendered more passionate, powerful and sincere if done so using their Bicolano mother tongue,” he added.