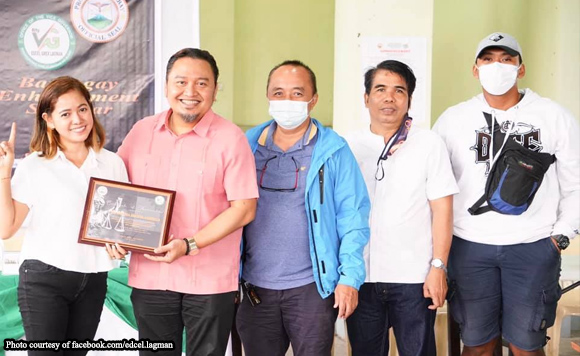 0 462
Share
Want more POLITIKO News? Get the latest newsfeed here. We publish dozens and dozens of politics-only news stories every hour. Click here to get to know more about your politiko - from trivial to crucial. it's our commitment to tell their stories. We follow your favorite POLITIKO like they are rockstars. If you are the politiko, always remember, your side is always our story. Read more. Find out more. Get the latest news here before it spreads on social media. Follow and bookmark this link. https://goo.gl/SvY8Kr

Vice Governor Edcel Grex Lagman said that he is grateful to have spent a day in Albay’s Solamente Island, Municipality of Rapu-Rapu.

Lagman said that the Office of the Vice-Governor (OVG) conducted a Barangay Enhancement Seminar (BES) for the punong barangays and three (3) kagawads of the committees on health; education and appropriations, respectively, of the 34 barangays in Rapu-Rapu.

“This BES seeks to improve the legislative performance of the 34 barangay councils,” he explained.

“The former’s my colleague in the Sangguniang Panlalawigan ng Albay (SPA) who competently lectured on the Katarungang Pambarangay Law and the latter’s a lawyer who is a proud Rapu Rapueño who lectured on Administrative Law,” said Lagman.

“I was also happy to have on board another SPA colleague in the person of BM Neil Luna Montallana of Albay’s second district. He started his career in public service as a barangay captain in Daraga and gave a talk that inspired the punong barangays in the audience,” he added.

“Thanks as well for the face shields and face masks donated by the PGA through Gov. Al Francis C. Bichara and PSWDO head madi Dr. Eva Grageda! The same were received by Mr. Guianan on behalf of Mayor Galicia.
God bless, Rapu Rapu,” he said.