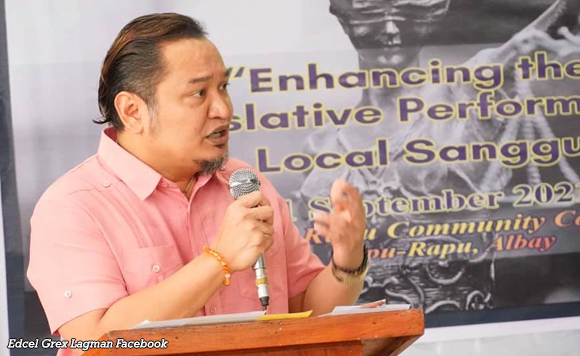 0 294
Share
Want more POLITIKO News? Get the latest newsfeed here. We publish dozens and dozens of politics-only news stories every hour. Click here to get to know more about your politiko - from trivial to crucial. it's our commitment to tell their stories. We follow your favorite POLITIKO like they are rockstars. If you are the politiko, always remember, your side is always our story. Read more. Find out more. Get the latest news here before it spreads on social media. Follow and bookmark this link. https://goo.gl/SvY8Kr

Albay Vice Governor Edcel Grex Lagman has touted his father, noting that his achievements as a lawmaker and a statesman will speak for himself.

The younger Lagman said that his father and namesake Albay Rep. Edcel Lagman is up for reelection as Congressman in May 2022.

“He has declined 1SAMBAYAN’s invitation to draft him in its 2022 senatorial slate,” the vice governor said.

“While he is honored to be considered as one of its senatoriables, he is committed to continue serving with excellence the 1st District of Albay,” he added.

Rep. Edcel will run for his third and final term as congressman in the next year’s elections.

“Many people all over the country have remarked that Cong. Edcel is the best senator the country never had. I am honored by these comments. I think his status as a statesman of the House of Representatives speaks for itself,” he said.

“God bless our Superman! God bless the First District of Albay,” he added.