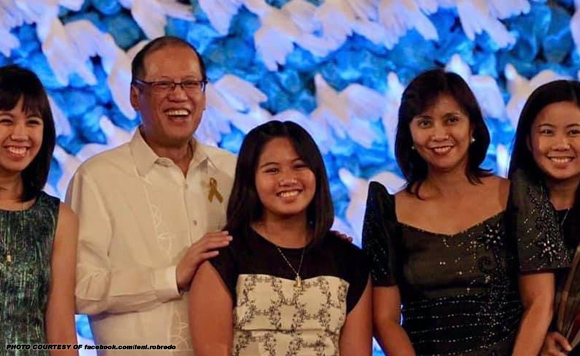 0 290
Share
Want more POLITIKO News? Get the latest newsfeed here. We publish dozens and dozens of politics-only news stories every hour. Click here to get to know more about your politiko - from trivial to crucial. it's our commitment to tell their stories. We follow your favorite POLITIKO like they are rockstars. If you are the politiko, always remember, your side is always our story. Read more. Find out more. Get the latest news here before it spreads on social media. Follow and bookmark this link. https://goo.gl/SvY8Kr

There’s no doubt that Vice President Leni Robredo’s life is intertwined with that of the late President Benigno Aquino III.

Robredo took time to remember her late ally on the 40th day since his death.

In a Facebook post, Robredo said she is grateful for who Aquino is as public servant and friend.

She shared a photo of her and her three children with Aquino taken in 2013 when she took her oath as member of the House of Representatives.

It was her first public office position, which she took after the death of her husband Jesse who served as Aquino’s Interior Secretary.

She will always remember PNoy!

“Remembering PNoy on the 40th day since his passing. We are grateful for who you are as a public servant and a friend.

This was taken in June 2013 during my Oathtaking as a new member of the House of Representatives,” Robredo posted.