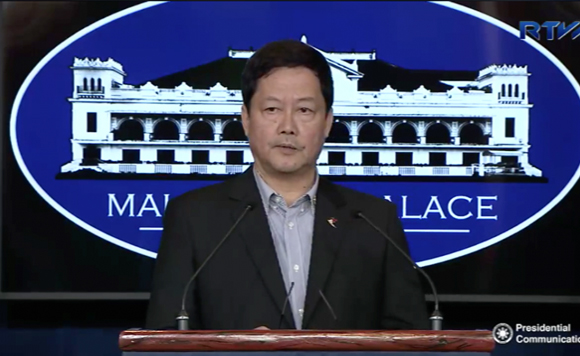 0 158
Share
Want more POLITIKO News? Get the latest newsfeed here. We publish dozens and dozens of politics-only news stories every hour. Click here to get to know more about your politiko - from trivial to crucial. it's our commitment to tell their stories. We follow your favorite POLITIKO like they are rockstars. If you are the politiko, always remember, your side is always our story. Read more. Find out more. Get the latest news here before it spreads on social media. Follow and bookmark this link. https://goo.gl/SvY8Kr

Justice Secretary Menardo Guevarra has ordered the National Bureau Investigation (NBI) to probe the killing of two activists who were caught by police spray painting a slogan against President Rodrigo Duterte in Albay.

Guevarra already issued on Wednesday (July 28) Department Order No. 175 which “directed and granted authority to conduct an investigation on the killing of Marlon Naperi and Jemar Palero on 26 July 2021 in Guinobatan, Albay and, if evidence warrants, to file the appropriate charges against all persons involved and found responsible for any unlawful act in connection therewith.”

NBI Officer-in-Charge Director Eric Distor was also told to “submit reports on the progress of the subject investigation directly to the Office of the Secretary within ten (10) days and periodically thereafter.”

“Dissent may take on many forms, but to kill innocent unarmed civilians in the dead of the night for painting the people’s call is purely fascist and brutal,” read its Facebook post.