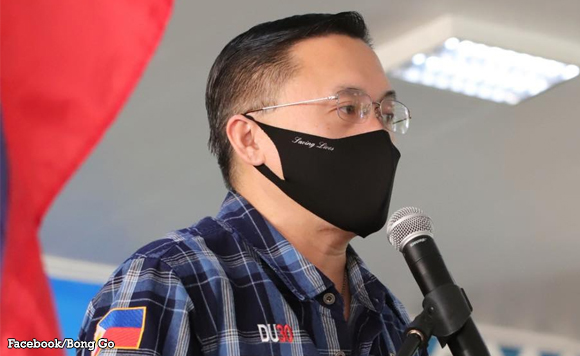 0 216
Share
Want more POLITIKO News? Get the latest newsfeed here. We publish dozens and dozens of politics-only news stories every hour. Click here to get to know more about your politiko - from trivial to crucial. it's our commitment to tell their stories. We follow your favorite POLITIKO like they are rockstars. If you are the politiko, always remember, your side is always our story. Read more. Find out more. Get the latest news here before it spreads on social media. Follow and bookmark this link. https://goo.gl/SvY8Kr

The Malasakit Center is the fifth in the Bicol region and second in Camarines Sur, in addition to that of the Bicol Medical Center in Naga City.

The same was also opened at the Masbate Provincial Hospital in Masbate City the previous day, June 28.

Another Malasakit Center is set to be launched this Wednesday, June 30, in Camarines Norte Provincial Hospital in Daet, Camarines Norte, marking the 124th of its kind to be established.

To simplify and improve convenience in the process of requesting for medical related government aid, the center brings together under one roof the different national agencies from which Filipino patients may avail of medical assistance.

The one-stop-stop aims to reduce the hospital bill to the lowest amount possible by covering various patient services and expenses, pursuant to Republic Act No. 11463 or the Malasakit Centers Act of 2019, which Go principally authored and sponsored in the Senate.