You did your best! Albay Vice Gov. Grex Lagman pays tribute to a “most decent man” 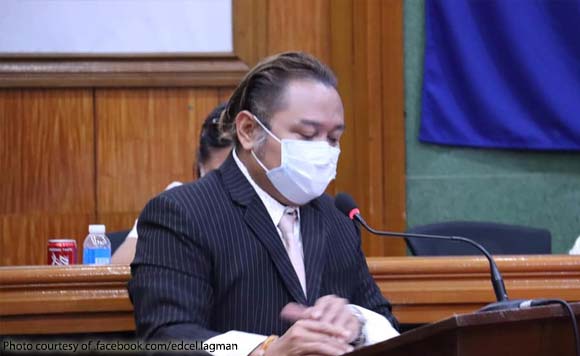 0 163
Share
Want more POLITIKO News? Get the latest newsfeed here. We publish dozens and dozens of politics-only news stories every hour. Click here to get to know more about your politiko - from trivial to crucial. it's our commitment to tell their stories. We follow your favorite POLITIKO like they are rockstars. If you are the politiko, always remember, your side is always our story. Read more. Find out more. Get the latest news here before it spreads on social media. Follow and bookmark this link. https://goo.gl/SvY8Kr

Albay Vice Gov. Grex Lagman shared his fondest memories of Malacanang as he paid tribute to the former President Benigno Aquino III on his passing.

In a Facebook post, Lagman described Aquino as “a most decent man” when he was the country’s President.

Aquino had the intelligence of his father and the dignity of his mother, and did his best by them, he said.

Lagman fondly remembers his father taking his oath in Malacanang as Deputy Budget MInister in 1987  before then President Corazon Aquino.

In 2013, it was his turn to take his oath before President Benigno Aquino III as Albay representative.

He thanked the Aquinos for these memories.

He will never forget them, for sure!

You were a most decent man when you were our country’s President from 2010-2016. You had the intellgence of your father and the dignity of your mother. You did your best by them —- two democracy icons. And, in the process, you did your best by us.

I will always have 2 fondest memories of Malacañan: 1. When my father in 1986 took his oath before your mother as Deputy Budget Minister; 2. In 2013, when i took my oath before you as representative of the 1st District of Albay. Thank you for these memories.

May the good Lord keep you!