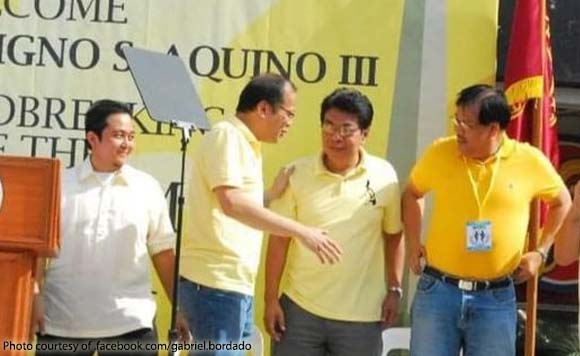 0 226
Share
Want more POLITIKO News? Get the latest newsfeed here. We publish dozens and dozens of politics-only news stories every hour. Click here to get to know more about your politiko - from trivial to crucial. it's our commitment to tell their stories. We follow your favorite POLITIKO like they are rockstars. If you are the politiko, always remember, your side is always our story. Read more. Find out more. Get the latest news here before it spreads on social media. Follow and bookmark this link. https://goo.gl/SvY8Kr

In a Facebook post, Bordado said he was sure that Aquino’s Interior Secretary, the late Jesse Robredo, will welcome him in the afterlife.

Bordado said that even if there had been problems and complications during Aquino’s term, he did an impressive job in leading the country.

He also frequently visited Naga when he was President.

For sure, the Bicolanos will never forget him!

Despite some problems and complications, the former president did an impressive job in leading the country from 2010 to 2016. Moreover, he always visited the City of Naga, Bicol during his term. Maraming salamat, Boss!” Bordado posted.