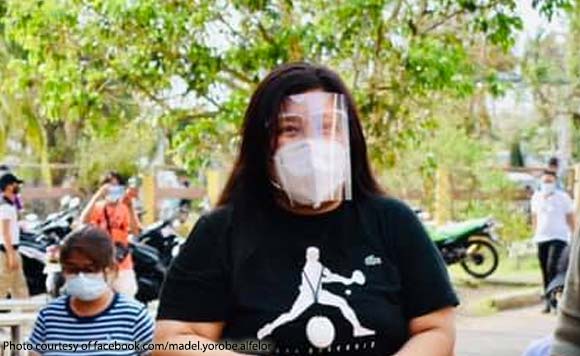 0 317
Share
Want more POLITIKO News? Get the latest newsfeed here. We publish dozens and dozens of politics-only news stories every hour. Click here to get to know more about your politiko - from trivial to crucial. it's our commitment to tell their stories. We follow your favorite POLITIKO like they are rockstars. If you are the politiko, always remember, your side is always our story. Read more. Find out more. Get the latest news here before it spreads on social media. Follow and bookmark this link. https://goo.gl/SvY8Kr

Iriga Mayor Madel Alfelor is willing to show Camarines Sur Rep. LRay Villafuerte around the city just to prove him wrong about his claims about her family’s alleged lack of accomplishments.

In a Facebook post, Alfelor slammed Villafuerte for saying that after 30 years in power, the Alfelors had not built any projects that had withstood the test of time.

Alfelor said this is fake news, and cited as example the gymnasium in Iriga City.

She said she had not wanted to waste time on such an arrogant official who himself has not done anything to improve the province’s economy.

But she decided to debunk his claims and added that the the accomplishments of her grandfather, father, and uncles who had served in public office would be very long if she listed them all down.

Villafuerte even copied their projects, she said.

She said he could visit Iriga to see for himself what she has done, and she would tour him around and even provide him with a free lunch.

What do you say, congressman?

“TRUTH will SET US FREE…. NO TO FAKE STORY/ NEWS….