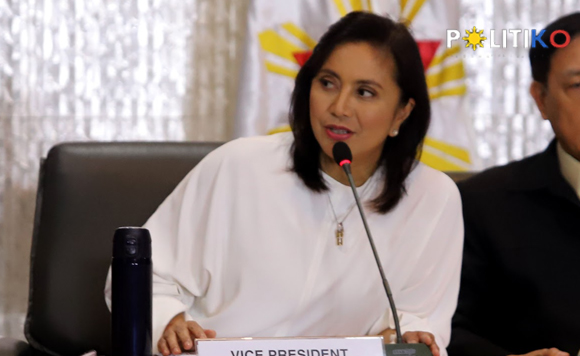 0 153
Share
Want more POLITIKO News? Get the latest newsfeed here. We publish dozens and dozens of politics-only news stories every hour. Click here to get to know more about your politiko - from trivial to crucial. it's our commitment to tell their stories. We follow your favorite POLITIKO like they are rockstars. If you are the politiko, always remember, your side is always our story. Read more. Find out more. Get the latest news here before it spreads on social media. Follow and bookmark this link. https://goo.gl/SvY8Kr

Robredo shared a throwback photo of the last anniversary celebration she and her late husband Jesse Robredo attended.

“Naga’s Charter Anniversary today. Every June 18, I am reminded of the last one I attended with Jesse. This was exactly two months before the plane crash happened,” said Robredo.

The Vice President said that one of the highlights of every charter anniversary celebration is recognizing Nagueños who have brought honor to the city .

“In 2012, Jillian was one of the awardees after having won in an international Math competition. She was 12 years old at that time,” said Robredo.

“She was awarded by then Mayor John Bongat and then Vice Mayor, now Congressman Gabriel Hidalgo Bordado Jr. Mr Jimmy Fabregas, a proud Nagueño, who himself has brought honor to the city, was the Guest of Honor,” she added.