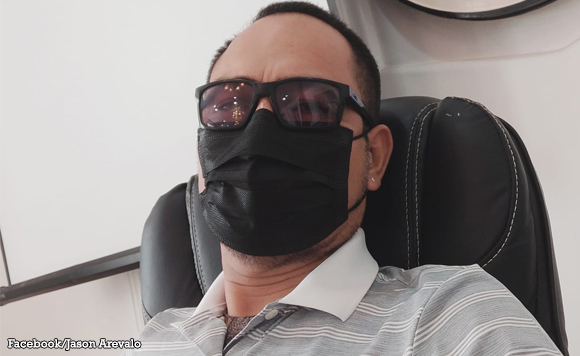 0 199
Share
Want more POLITIKO News? Get the latest newsfeed here. We publish dozens and dozens of politics-only news stories every hour. Click here to get to know more about your politiko - from trivial to crucial. it's our commitment to tell their stories. We follow your favorite POLITIKO like they are rockstars. If you are the politiko, always remember, your side is always our story. Read more. Find out more. Get the latest news here before it spreads on social media. Follow and bookmark this link. https://goo.gl/SvY8Kr

Masbate Senior Provincial Board Member Jason Arevalo shared the challenges of being the one in charge of hearing administrative cases brought before the Sangguniang Panlalawigan.

“I may have years of practice. I may have come from the number one law school this side of the globe. But i still find it difficult to be constantly acting as the presiding judge over administrative cases brought before the SP,” said the politiko.

“Not enough that I astutely study both sides of the issue and the applicable law. As the face of the SP, I must not only be quick on my toes, I must also be firm but fair. It’s even easier to be a judge in a regular court. In it, the facts and the law are usually the sole considerations. Nothing more. Nothing less,” he added.

He also said that it is hard to make quick and appropriate rulings, adding that it is easier to argue with his fellow lawyers than “professional politicians.”

“I don’t know if he has the faintest regard of the fact that as presiding chairman, I deal with lawyers from both sides who, just like me, took years to study law and have years of trial practice up their sleeves. Perhaps, he thinks these lawyers will not know if I deliberately make a wrongful ruling or an unfair one. Or dumb enough to not sense unfairness when they hear one. The last time I was told, lawyers are a smarter kind than ordinary minds,” he said.

“I’m tinkering with the idea of designating this peer [who seems to know more than a lawyer and who keeps on complaining about how I run the cases before us] to take my role and preside. Perhaps, he can do better,” he added.