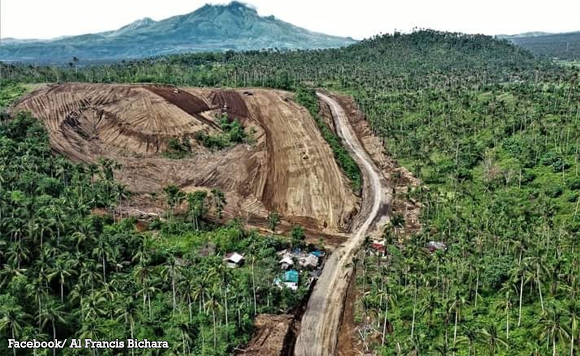 0 207
Share
Want more POLITIKO News? Get the latest newsfeed here. We publish dozens and dozens of politics-only news stories every hour. Click here to get to know more about your politiko - from trivial to crucial. it's our commitment to tell their stories. We follow your favorite POLITIKO like they are rockstars. If you are the politiko, always remember, your side is always our story. Read more. Find out more. Get the latest news here before it spreads on social media. Follow and bookmark this link. https://goo.gl/SvY8Kr

Albay Governor Al Francis Bichara has touted the resettlement project initiated by his administration for the residents who were heavily affected by the previous calamities.

Bichara’s office feted the Bubulusan Relocation Site, one of the projects of the Provincial Government of Albay.

“The on-going project is part of the development of the province that aims to develop a relocation site at Barangay Bubulusan, Guinobatan, Albay for the families with displaced households, livelihood and properties in the areas of Barangay San Francisco, San Rafael and Travesia,” said Bichara’s office.

The beneficiaries are those who were tremendously affected by the heavy toll of Typhoon Rolly and Quinta.

“The land, site and development furnished by the PGA can accommodate a total number of 139 families with the minimum member of 6,” it added.