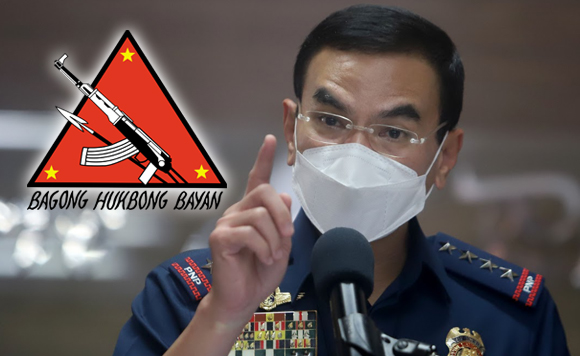 0 440
Share
Want more POLITIKO News? Get the latest newsfeed here. We publish dozens and dozens of politics-only news stories every hour. Click here to get to know more about your politiko - from trivial to crucial. it's our commitment to tell their stories. We follow your favorite POLITIKO like they are rockstars. If you are the politiko, always remember, your side is always our story. Read more. Find out more. Get the latest news here before it spreads on social media. Follow and bookmark this link. https://goo.gl/SvY8Kr

“What can we expect from these rebels who are just pretending to be remorseful over their terrorist attack that killed Kieth and Nolven?” Eleazar said.

“They have never been sincere, in the first place, and we have expected this from them. The CPP/NPA will not listen to reason, stuck in their crooked and twisted way of thinking,” he added.

The PNP chief said that the CPP-NPA did not even bother to sanction its own men for the death of two civilians. He added that the inaction of the group would embolden its men to continue with the terror activities at the expense of the civilians.

Amid the insincerity of the communist rebels’ remorse over the death of the Absalon cousins, Eleazar promised the victims’ family that the police and military will give them justice for Kieth’s and Nolven’s senseless killing.

“I assure the Absalon family that the joint forces of the police and the military will not stop pursuing the perpetrators of this senseless killing and bring them to justice,” said the PNP Chief.

PGen Eleazar stressed, “No less than the arrest and conviction by a court of law of the perpetrators behind this violent and dastardly act can make up for the death of the two innocent men.