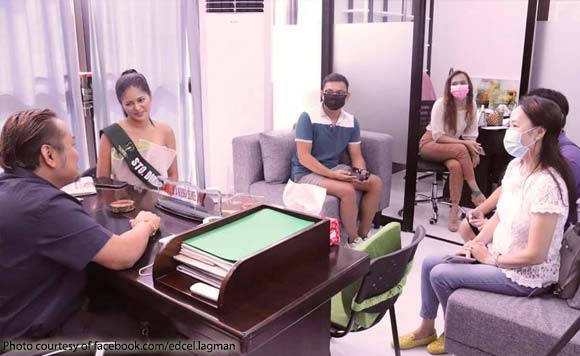 0 251
Share
Want more POLITIKO News? Get the latest newsfeed here. We publish dozens and dozens of politics-only news stories every hour. Click here to get to know more about your politiko - from trivial to crucial. it's our commitment to tell their stories. We follow your favorite POLITIKO like they are rockstars. If you are the politiko, always remember, your side is always our story. Read more. Find out more. Get the latest news here before it spreads on social media. Follow and bookmark this link. https://goo.gl/SvY8Kr

Albay will be solidly behind Angelie Asuncion, the province’s bet for the Ms. Philippines Earth pageant, according to Vice Gov. Grex Lagman.

He said that Asuncion is the province’s sole candidate for the beauty pageant, which means she can be assured that all Albayanons would be cheering for her.

He also assured her of his office’s backing and said they will be rooting for her and hoping she will bring home the crown.

May her Albayanon beauty shine bright!

“Thanks for the courtesy visit, Ms. Angelie Asuncion of the municipality of Sto. Domingo. Your being the sole candidate of the Province of Albay in the Ms. Philippines Earth pageant means that all Albayanos will be cheering for you!

Rest assured of your OVG family’s support. We’ll be rooting for you even as we’re hopeful that you’ll bring home the crown!

Mabalos man tabi kay Ms. Evangelyn Imperial for accompanying our candidate and for all her efforts in helping in her journey. Kudos, too, Mr. Jess Soriano who handles Ms. Angelie.