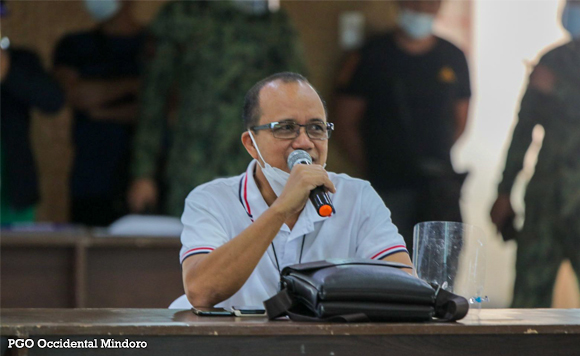 0 23
Share
Want more POLITIKO News? Get the latest newsfeed here. We publish dozens and dozens of politics-only news stories every hour. Click here to get to know more about your politiko - from trivial to crucial. it's our commitment to tell their stories. We follow your favorite POLITIKO like they are rockstars. If you are the politiko, always remember, your side is always our story. Read more. Find out more. Get the latest news here before it spreads on social media. Follow and bookmark this link. https://goo.gl/SvY8Kr

Occidental Mindoro Governor Eduardo Gadiano said that he is now in a good condition after an encounter between the police and terrorists on the boundary of Bulalacao and Magsaysay towns today.

Gadiano’s office said that the governor’s convoy had left early before the encounter between Mindoro Police Mobile Force Company and the New Peoples’ Army occurred.

The governor also extended his condolences to the family of those who died during the encounter.

In an interview with DZRH, Gadiano said that they are still awaiting for the results of the investigation to know who were the target of the encounter.