Credit where credit is due! Goa Mayor Marcel Pan thanks Panday family for donating PSU campus 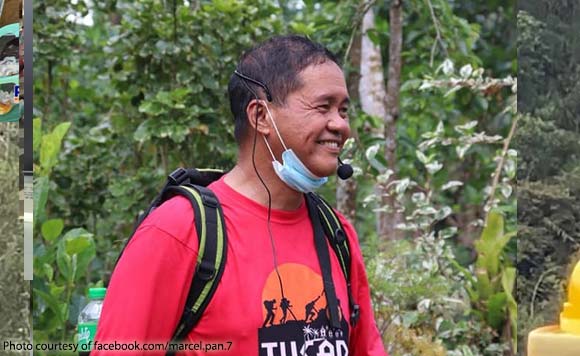 Goa Mayor Marcel Pan is making sure that the proper parties would be credited for donating the land that has become the Partido State University campus.

But this was not accurate, he said, as it turned out that the Panday family donated a big part of the campus.

He named the generous members of the Panday family who gave the land for the school.

He also said he hoped the PSU administration would give them recognition for their generosity.

Goaenos and PSU graduates would always be grateful for the contribution of the Pandays to Partido’s very high literacy, he added.

Let’s give credit where credit is due!

“A TRIBUTE TO A GENEROUS FAMILY IN GOA:

When we talk about the Partido National High School converted to Partido State College and now the Partido State University (PSU) campus in Goa, we always recognize the generosity of the Centenera family who we know, donated the whole PSU campus.

But we are all wrong. Recent research and information reached our office that a big part of the campus was also donated by the PANDAY family.

So to correct the history of PSU, let me give tribute to these generous people of the PANDAY family:

1. Juan B. Panday (recently, his heirs donated the almost 10 hectares to LGU-GOA for the Municipal Hospital and Community College in Tagongtong. They also donated 1 hectare in 1999 in the now Philippine Science High School – Bicol Campus in Tagongtong)

I hope that the PSU administration will give these people and their heirs due recognition for their generosity.

Forever we, all GOAENOS and all graduates of this institution, will be grateful to your generosity and very big contribution in the very high literacy of the people of Partido,” Pan posted.