VP Robredo not preparing to run as CamSur governor 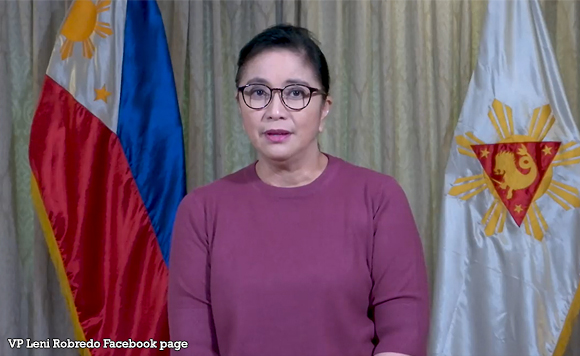 0 15
Share
Want more POLITIKO News? Get the latest newsfeed here. We publish dozens and dozens of politics-only news stories every hour. Click here to get to know more about your politiko - from trivial to crucial. it's our commitment to tell their stories. We follow your favorite POLITIKO like they are rockstars. If you are the politiko, always remember, your side is always our story. Read more. Find out more. Get the latest news here before it spreads on social media. Follow and bookmark this link. https://goo.gl/SvY8Kr

Vice President Leni Robredo is not preparing to run as governor of Camarines Sur in the 2022 elections, her camp announced.

“She has not made a decision regarding the 2022 elections, and there is absolutely no truth to the claim that she is making “preparations” to run for Governor of Camarines Sur,” Gutierrez said.

The OVP spokesperson said that this is not a time for politicking, but for working for the people’s welfare.

“She remains open to all options, including a possible candidacy for President, and at the appropriate time, she will personally convey her decision on this matter,” he said.

The statement of Gutierrez came after former Senator Antonio Trillanes announced his bid as president as he claimed that Robredo is preparing to run as CamSur governor.

Incumbent CamSur Governor Migz Villafuerte is currently serving his last term in office, which makes the seat up for grabs in the 2022 polls.

Before being elected as the second highest official of the land, Robredo was once a lawmaker representing the third district of Camarines Sur.