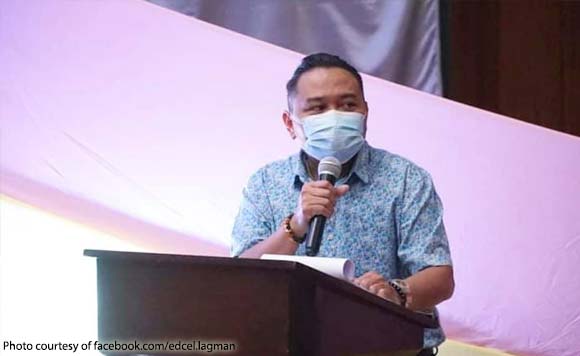 Albay Vice Gov. Grex Lagman is saddened to hear of the sudden passing of his former schoolmate, who is also one of the best boxing analysts he has known.

In a Facebook post, Lagman said he was shocked to read the group chat messages of condolences for the death of Mike Ochosa at the age of 52.

He condoled with Ochosa’s wife.

Lagman, who also boxes, paid tribute to Ochosa’s accomplishments as a boxing analyst.

As an analyst, his former classmate shared insights on fighters, their boxing styles and possible prize fight outcomes, and came out with very informative boxing pieces, he said.

He learned a lot from his friend.

He will be missed!

“I know some boxing. It’s my default sport after basketball and swimming. It’s not called the sweet science for nothing so i’m happy i know one of the best—-if not the best—-Filipino boxing analysts in Mike Ochosa. He has truly put in the science in this sport with his well-researched insights on fighters, their boxing styles and possible prize fight outcomes. He also wrote very informative boxing pieces. Many saw print in various broadsheets. I learned a lot from them.

This morning, I read the messages of condolences about Mike’s sudden passing at the age of 52 from Batch 89 (Bene 89)’s group chat. I was shocked. I immediately sent my condolences to his wife, my good friend and classmate Betsy G. Ochosa.
To all my San Beda Alabang friends, classmates and batch mates, please say a prayer for Mike. He was a good man and an excellent boxing journalist. RIP, Mike. 🙏🙏🙏,” Lagman posted.