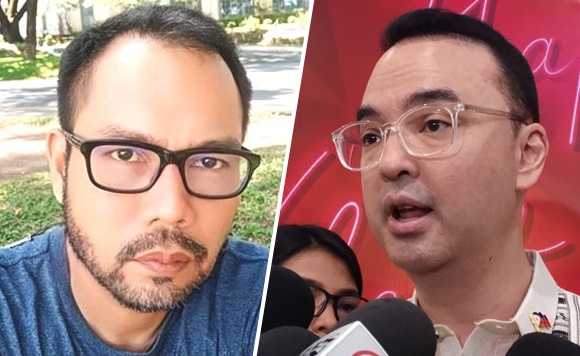 Masbate Senior Provincial Board Member Jason Arevalo is wondering what could be the motive of ousted Speaker Alan Peter Cayetano for pushing an investigation on how the government spent the funds under Bayanihan laws 1 and 2.

Arevalo believes that had Cayetano and his allies successfully clung on to their positions in the, a resolution calling for an investigation on how the funds for Bayanihan 1 and 2 were spent would not have even crossed their minds.

“But let’s give it to them. Congress after all, having the power of the purse, has the power to oversee how appropriated funds are spent. Two things though in the people’s minds,” he said,

First, Arevalo said, is that they actually mean what they call for.

“It may be a falling out or a fall from graces. But whatever the animus vivinde or the animating spirit behind this unexpected call, the people hope they get to the bottom of everything. It is our money, after all,” he said.

And second, he said this could be a cover-up.

“They have not burnt bridges yet with the Palace. At least basing on what is publicly known. Administration allies in Congress would not lent credibility if they will be the ones to initiate calls of this tenor. The opposition and minority block cannot be trusted to do this task,” said the lokal politiko.

“They could unearth a damning whole lot if allowed. Cayetano and his pals will prove most believable to the public eye. People may believe whatever they come up with later as they are perceived to have axes to grind. And the coverup can begin with the least suspicion,” he added.

Arevalo noted that how this proposed resolution will play up in the coming days will tell us more, particularly about Cayetano,

“Now, whether or not the Allan of old, before he’d made an unholy alliance by teaming up with the Man in the Palace, is returning is still too far to be seen,” he said.

“Or maybe he is just one disgruntled fella out to seek vengeance for his fall from grace. Or perhaps, neither. He was just called to task to cover things up in exchange for concessions, political or otherwise,” he added.