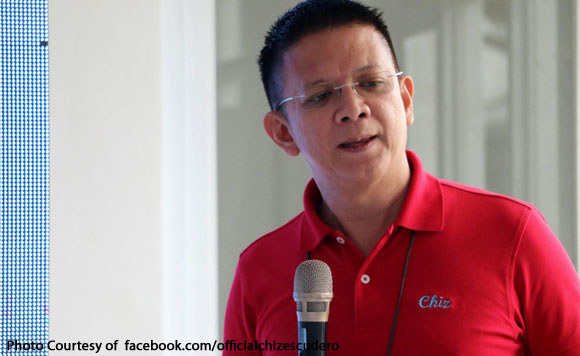 0 4
Share
Want more POLITIKO News? Get the latest newsfeed here. We publish dozens and dozens of politics-only news stories every hour. Click here to get to know more about your politiko - from trivial to crucial. it's our commitment to tell their stories. We follow your favorite POLITIKO like they are rockstars. If you are the politiko, always remember, your side is always our story. Read more. Find out more. Get the latest news here before it spreads on social media. Follow and bookmark this link. https://goo.gl/SvY8Kr

Sorsogon Governor Francis “Chiz” Escudero has extended his condolences to the bereaved families of four senior citizens in the province who succumbed to the dreaded coronavirus disease.

The Provincial Health Office (PHO) reported that four senior citizens died due to COVID-19 this past two days.

Based on the report of the Health department, Paras was tagged as Bicol Patient No. 7277 and was admitted to Donsol District Hospital on April 17. He was confirmed to be COVID-19 positive on April 25 and died at the same day.

Llaneta was tagged as Bicol Patient No. 6747, she was rushed to a private hospital on April 19 but was dead on arrival. Her post mortem swabbing showed she was positive for COVID-19.

Laudir was named Bicol Patient No. 7484. He was admitted at the Sorsogon Provincial Hospital last April 23 because of fever. He died on April 26.

Griño was tagged Bicol Patient No. 7499. She was admitted to the hospital on April 24. She was swabbed on April 22 and passed away on April 26. The following day, she was confirmed to have COVID-19.

The PHO said that 42 Sorsoganons have died due to the disease.