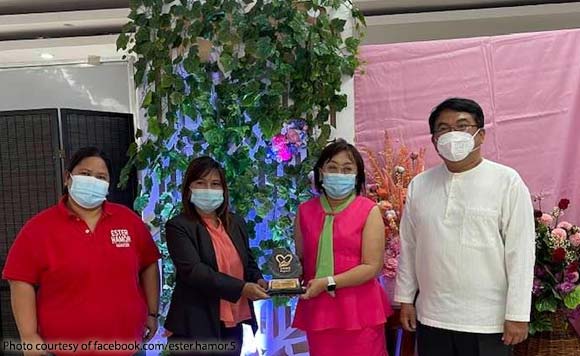 Sorsogon City Mayor Ester Hamor was doubly on her birthday because the city has been recognized for its proper liquidation of funds.

In a Facebook post, Hamor said Sorsogon City the municipality of Casiguran received the Vulcan Award for being among the top performing local government units in terms of the liquidation of the Social Amelioration Program in Bicol.

Hamor thanked the Department of Social Welfare and Development for recognizing the city’s efforts to make sure public fund are properly accounted for.

She also thanked the city government offices for their their systematic disbursement and speedy liquidation.

The award was given out around her birthday, and she considers it an unforgettable gift.

It’s a special present you can’t just buy in a store!

“Sorsogon City (along with the Municipality of Casiguran) is proud to receive the Vulcan Award for being among the top performing LGUs in terms of liquidation of the Social Amelioration Program in Bicol. I thank the DSWD (represented here by Provincial Team Leader Jessica Rodriguez) for recognizing our effort. Nagpapasalamat din ako sa City Government offices, especially the CSWDO for their systematic disbursement and speedy liquidation. Maraming salamat po! This is truly an unforgettable birthday gift!” Hamor posted.