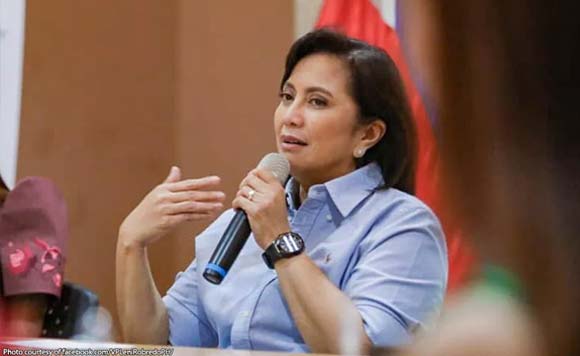 Vice President Leni Robredo keeps on hearing stories of people dying without being given proper care, and it breaks her heart.

Robredo is doing her bit with the resources she has by putting up the Bayanihan E-Konsulta platform.

But there are more who need help.

In a Facebook post, Robredo said Bayanihan E-Konsulta was designed for outpatient cases only and not emergencies, but her office keeps on receiving requests for immediate assistance for families whose loved ones need urgent care but can’t get it from hospitals that are full.

All her office can do is coordinate with the One Hospital Command Center, which has been very helpful, but can only do so much since the entire healthcare system in the NCR bubble is overwhelmed.

She recalled an instance where here office had to bring an oxygen tank to a stroke patient who had been rejected by many hospitals.

In another instance, the OHCC responded to her office’s request for assistance, but the patient already died by the time its team arrived.

Robredo said each death is hard to take, and wondered how she could comfort families who are victims of a system that had failed them.

The system needs to be changed1

“It has been heartbreak after heartbreak of people dying without having been given a fighting chance because of a system that is failing us.

Bayanihan E-Konsulta was designed for outpatient cases only. Everyday, we remind people that we don’t have the capacity to deal with emergencies. We have been receiving thousands of teleconsultation requests everyday. But, on top of this, we also receive SOS messages, of frantic family members asking for help because they couldn’t find a hospital that can accommodate their sick who are already toxic and in need of immediate help.

For several nights now, we have been dealing with such calls and all we can do is ask help from One Hospital Command Center. In fairness to OHCC, their team has been very helpful and patient, but they also can do only so much since the entire healthcare system in the NCR Bubble is already overwhelmed.

The other night, we had to bring an oxygen tank to a stroke patient who was at a government hospital lobby after being rejected by so many hospitals already and needed oxygen because her O2 sat was already very low.

This afternoon, I was sent this message. Raffy, who is in Naga for her Mom’s wake, was helping us from there. OHCC responded to our request for assistance but informed us they could not get hold of the patient. Eventually, we were told the patient died last night while in a hospital tent, waiting to be admitted.

This is not the first time it happened in the recent past. But each time, the blow is still difficult to fathom. How do we comfort the grieving families who are victims of a system that has failed them?” Robredo posted.