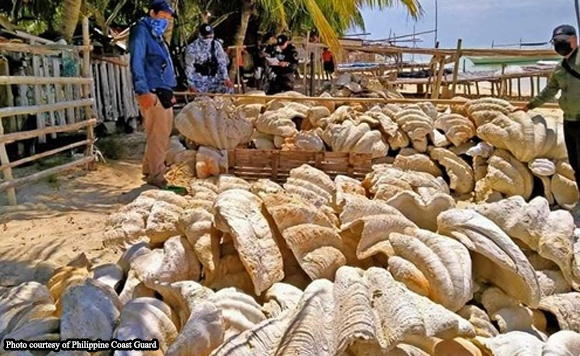 The Philippine Coast Guard (PCG) participated in joint law enforcement operations for the seizure of 200 tons of fossilized giant clam shells or Taklobo amounting to P1.2 billion in Roxas, Palawan.

They were brought to the Palawan Council for Sustainable Development (PCSD) for inquest proceedings and filing of appropriate cases.