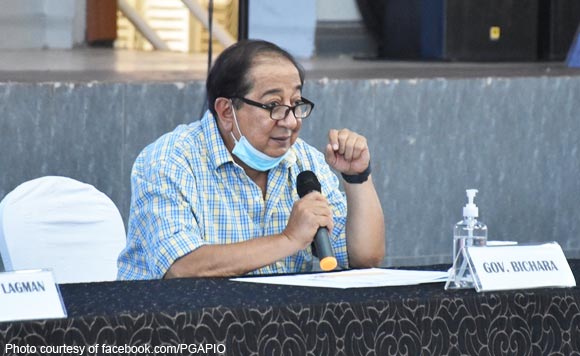 Bichara, head of the PDRRMC, issued an advisory putting Albay under “Preparedness Status”.

“Due to impending threat and critical situation of Severe Tropical Storm Bising as it entered PAR this morning and continuous to intensify and move closer to the vicinity of the Province of Albay, PDRRMC hereby declares the Province of Albay under Preparedness Status,” Bichara’s order read.

The advisory came with the following directives:

1. The City and Municipal Disaster Risk Reduction and Management Councils are hereby enjoined to meet their BDRRMCs and be responsible in the monitoring and control of the above for disaster avoidance.

2. For fishermen not to venture out to sea.

3. Keep on monitoring of PAGASA Bulletins and PDRRMC Advisories and updates through the local radio stations and LDRRMCs.

Typhoon Bising is expected to bring heavy winds and rains to Eastern Visayas and Bicol Region.