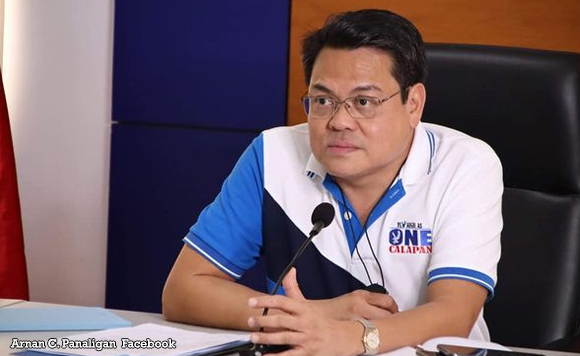 Two of the largest and most powerful political forces in Calapan City have joined forces recently.

“The only two acknowledged powerful political forces in Calapan City being led by their respective reputable leader faced last week the eagerly waiting public for the most sought teaming-up, after several election clashes, to finally advance and promote a unified development thrusts for Mindoro’s future,” Leachon’s office said.

Panaligan formally took oath as a member of MBS, the political party led by Rep. Leachon.

Arnan is currently serving his last and final term as Mayor of Calapan.