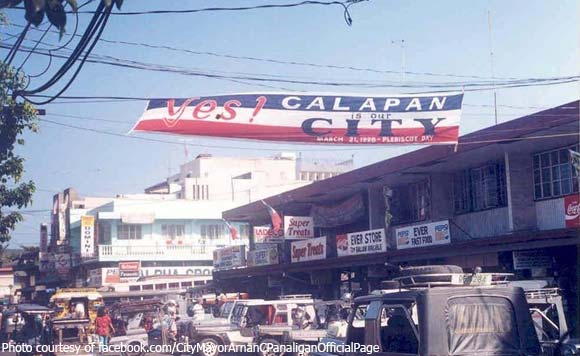 23 years ago, the City of Calapan has been formally established.

The office of the city mayor shared a throwback picture showing the Calapeños approved the creation of the new city.

“Pictures were taken 23 years ago, in the afternoon of March 21, 1998, when it became clear that the YES votes approving the creation of the new City of Calapan had won in the voting,” Panaligan’s office said.

“Then Municipal Mayor Arnan C. Panaligan (in white shirt and shades), together with other local officials and employees, cheered when the YES votes were announced,” it added.

Panaligan made history by becoming the First City Mayor and one of the Founders of the new City of Calapan.

The law creating the City of Calapan was authored in Congress by then Rep. Renato V. Leviste, making him the father of the Cityhood Law.