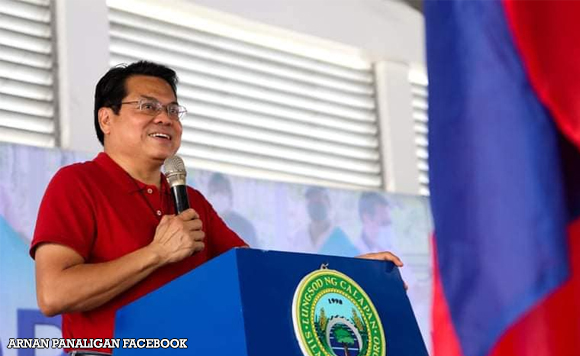 0 65
Share
Want more POLITIKO News? Get the latest newsfeed here. We publish dozens and dozens of politics-only news stories every hour. Click here to get to know more about your politiko - from trivial to crucial. it's our commitment to tell their stories. We follow your favorite POLITIKO like they are rockstars. If you are the politiko, always remember, your side is always our story. Read more. Find out more. Get the latest news here before it spreads on social media. Follow and bookmark this link. https://goo.gl/SvY8Kr

Calapan City Mayor Arnan Panaligan has led the recognition and orientation of City Government Scholars with their parents.

The City Government Scholarship Program, dubed as Tulay Tungo sa Kinabukasan (Bridge to the Future) was established by Panaligan in 1996 during his first term as mayor.

“When Calapan became a city in 1998, the program was expanded considerably” the mayor’s office said.

“Today, thousands of young Calapenos have finished college in both public and private higher educational institutions as City Government scholars,” it added.

Panaligan firmly believes that education will be the ticket of youth for a better future.