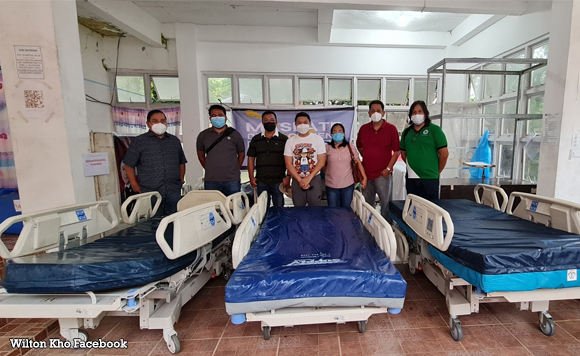 Masbate Rep. Wilton Kho has led the turnover of hospital beds to district hospitals in the province.

“We would like to formally express our heartfelt gratitude for the noteworthy and significant contributions of our benefactors from GN Powers, spearheaded by Mr. Daniel Chalmers and Mr. Ariel Punzalan,” the lawmaker’s office said.

“One can’t emphasize enough how moving your involvement to these projects,” said the solon’s office.

“Again, thank you GN Powers and MDFI for illustrating your genuine effort and concern to our beloved province,” it added

“We will always be honored to serve,” it continued.