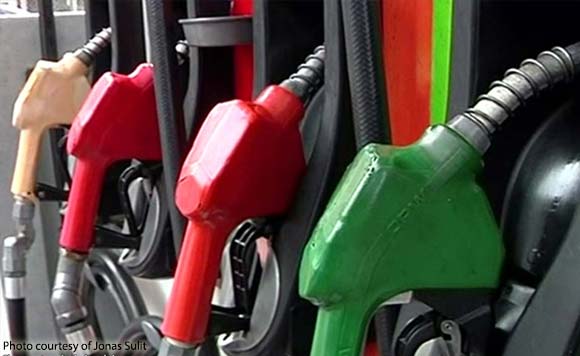 0 53
Share
Want more POLITIKO News? Get the latest newsfeed here. We publish dozens and dozens of politics-only news stories every hour. Click here to get to know more about your politiko - from trivial to crucial. it's our commitment to tell their stories. We follow your favorite POLITIKO like they are rockstars. If you are the politiko, always remember, your side is always our story. Read more. Find out more. Get the latest news here before it spreads on social media. Follow and bookmark this link. https://goo.gl/SvY8Kr

The Palawan Sangguniang Panlalawigan has asked the Senate of the Philippines to probe the high prices of petroleum products in the province.

The SP passed Resolution No. 076-81 entitled: Requesting the Senate of the Philippines thru the Committee on Energy Chaired by Sen. Sherwin Gatchalian to conduct an inquiry/investigation in aid of legislation and pro-active intervention to the high, exorbitant, excessive, uncontrolled and unabated fluctuation of fuel prices in the Province of Palawan.”

The said resolution was authored by Board Member Ryan Maminta, Chairman of the SP Committee on Energy.

The Palawan SP also wants to summon oil players in the province to shed light on the high prices of petroleum products.

Maminta, in his privilege speech, said that Palawan has the highest petroleum products among the provinces composing the CALABARZON and MIMAROPA.

Post Views: 7
Continue Reading
PalawanSenateSenate of the Philippines
0 53
Share
Politiko would love to hear your views on this...
Trending News
More Stories