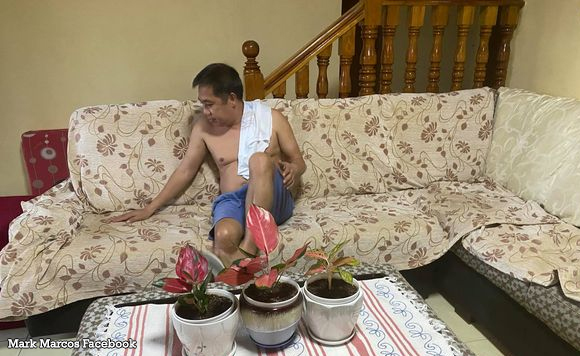 Naujan Mayor Mark Marcos’ couch at home is one year old, but it still looks like new, thanks to the efforts of his wife.

In a Facebook post, Marcos shares that his wife has put a fabric cover over the couch after they bought it.

One could only see what the couch looks like by peeking under the covers, he said.

His wife told him that the cover was meant to prevent the couch from getting smelly, especially since he likes to lie on it with his shirt off.

The cover has done its job, because the couch still looks good, he added.

They won’t have to buy a new one for a long time!