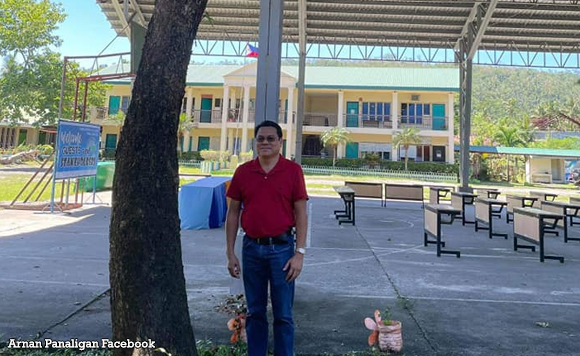 Seeing a tree you’ve planted grown and flourish is a satisfying thing.

Calapan Mayor Arnan Panaligan was happy to learn that a narra tree he planted in 2002 is alive and sturdy.

In a Facebook post, Panaligan said he panted the tree during the blessing of the Parang National High School, which was constructed in 1999 during his first term as city mayor.

He shared a photo of him taken beside the tree, which has grown tall and could now provide some shade.

He thanked the teachers and students of Parang National High School for taking care of the narra.

The tree has flourished along with his political career!