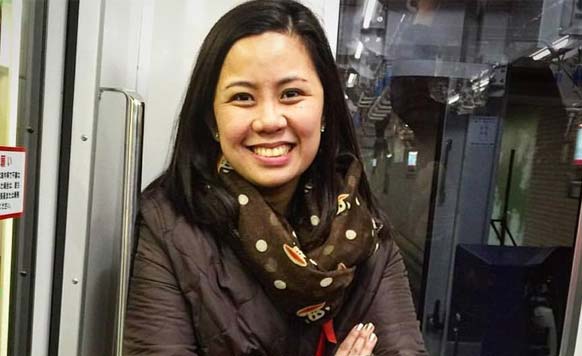 0 90
Share
Want more POLITIKO News? Get the latest newsfeed here. We publish dozens and dozens of politics-only news stories every hour. Click here to get to know more about your politiko - from trivial to crucial. it's our commitment to tell their stories. We follow your favorite POLITIKO like they are rockstars. If you are the politiko, always remember, your side is always our story. Read more. Find out more. Get the latest news here before it spreads on social media. Follow and bookmark this link. https://goo.gl/SvY8Kr

Vice President Leni Robredo is proud of her first born Aika for choosing to serve the public while steering clear of public office.

She said her daughter had turned down invitations to run for an elective post during the 2019 polls and just opted to continue working with communities,

Aika returned to the Philippines after she graduated from the Harvard Kennedy School in 2018 and worked with non-government organizations that help communities recover from disasters.

Even if she grew up with a politician for a father, she declined to be directly involved in his work and opted to remain in the background.

She also helped her mother co-parent her siblings after her father Jesse died.

She also played an active role when the Vice President decided to enter public office.

But even if Aika shunned the limelight, Robredo said her eldest remains very busy and has shown that she has her father’s discipline and work ethic.

As a mother, she couldn’t be prouder of Aika’s choice to take the more difficult path of public service!

“Aika has shunned a number of invitations to run for public office during the 2019 elections, choosing instead to continue with her work for the communities sans politics. After graduating from the Harvard Kennedy School in 2018, she went back home and decided to do NGO work, helping communities rise up again after disasters.

Aika was born 6 days before Jesse’s first election as Mayor of Naga. Her father was a politician in all the years that she was growing up. When her Papa became DILG Secretary, he wanted her to help him out initially but she refused to be directly involved in his work and preferred to help in the background. When Jesse died, she became my co-parent and did a very active role during my two campaigns. Again, while still choosing to do work in the background.

Sometimes, she’s busier than I am and she has imbibed her father’s discipline and work ethic. Always proud of how she turned out and for choosing the more difficult path of public service,” Robredo posted.

Aika has shunned a number of invitations to run for public office during the 2019 elections, choosing instead to…