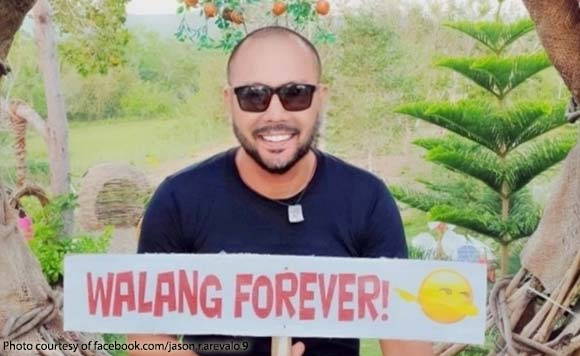 It looks like Masbate Board Member Jason Arevalo has forever on his mind during the month of February.

But don’t be fooled.

He desperately believes in forever, just like the traffic in Edsa, he said.

Maybe he will find forever!

“It’s past midnight. And still wrapping up on a legal brief. And while puffing some smoke for a break, I chanced on this pic from last year.

A hopeless romantic I still am. And like the traffic in Edsa, I still desperately believe in forever.

Well, relish your sleep, folks. I still have miles to go before slumber knocks. Hoping against hope this will get me closer to forever. Hehe,” Arevalo posted.