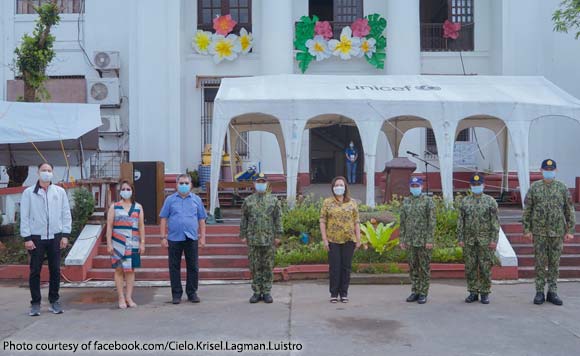 Tabaco Mayor Krisel Lagman Luistro is taking her hat off to the personnel of the Police Community Relations Section of Tabaco.

In a Facebok post, Luistro said the police office was rewarded the Medalya ng Pagtulong sa Nasalanta, which is given to those who gave an exemplary performance and rendered outstanding service to the community.

The police office’s head and other personnel received the recognition for their efforts to help Tabaquenos in the aftermath of Rolly, which had devastated most of the region.

Luistro said she salutes the police personnel and thanked them for living up to the police creed: To Serve and to Protect.

“The Medalya ng Pagtulong sa Nasalanta, an award reconizing the exemplary performance and outstanding service to the community, was awarded to the Police Community Relation Section of PNP Tabaco. PCPT Millard C. Bongalon and 8 other personnel of the Police Community Relations of PNP Tabaco receive the commendation for their selfless efforts in extending relief to Tabaquenos in the aftermath of Typhoon Rolly.

Salute! Thank you for continuously living up to the mandate – “To Serve and to Protect.” Congratulations!” Luistro posted.