He will be missed! Legazpi Mayor Noel Rosal mourns death of Dante Jimenez 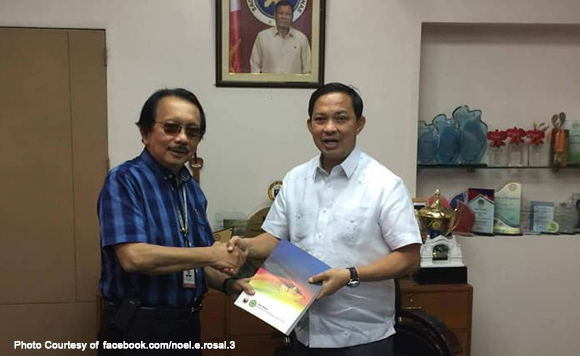 Legazpi Mayor Noel Rosal will miss Dante Jimenez, a man he admires, after he passed away from an aortic aneurysm.

In his post, Rosal said the country lost a man of dignity and courage now that Jimenez is gone.

Jimenez was a crime buster, a colleague in the Philippine Coast Guard Auxiliary, and stood as godfather to his son, he said.

The chair of the Presidential Anti-Corruptio n Commission was a firm believer of justice for all, the mayor said.

The two of them were also like brothers in their shared vision for the development of the Bicol region, he added.

He will miss Jimenez’ company and advice, he said.

“Today we lost a Man of Dignity and courage…the late Dante La Jimenez….PACC chairman..the crimebuster and truly trusted by pres.Duterte…..a colleague in the phil.coastguard auxiliary(PCGA)….godfather of my son gerald…he was a firm believer of Justice for all….we were like brothers sharing our vision for the devt.of our bicol region…REST in PEACE with the LORD PADI…I will miss your company and advices…my condolences to the family,” Rosal posted.