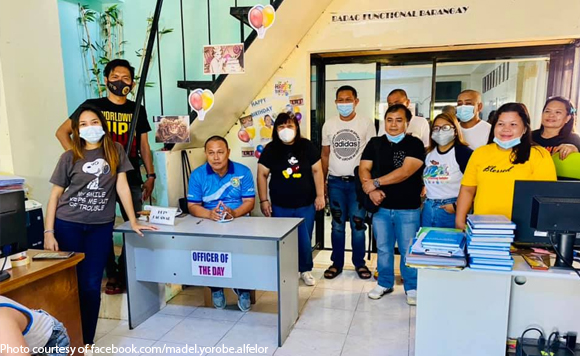 Iriga Mayor Madel Alfelor is hands on regarding the construction of the San Isidro Barangay Hall by the city government.

In a Facebook post, Alfelor said she visited the area to consult with the barangay officials and the architect in charge and to discuss the lay out and perspective of the new building.

She also said it was important to give credit where credit is due.

It is not good to misinform the public, she said.

She did not say who’s trying to grab the credit, but whoever they are, they have been warned!

“SAN ISIDRO BARANGAY HALL…. To be constructed by LGU IRIGA🙏❤️

It is IMPORTANT to give credit where CREDIT is due… Donot misinformed the public, hope the public will be prudent enough to discern what is true or not – ang bubuwit at ang daga…,” Alfelor posted.