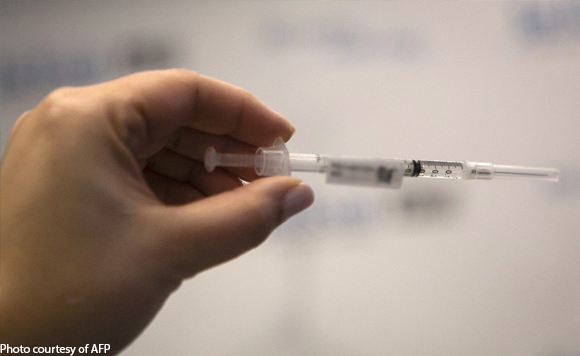 While the Duterte administration is touting and defending the Chinese Sinovac vaccine, the President’s hometown governed by his daughter has chosen to procure the American-developed Pfizer vaccine.

Masbate Board Member Jason Arevalo said this was no Sinophobia or an irrational aversion to anything Chinese.

It was just a move that shows the people of Davao know the value of money and made their choice based on efficacy, effectiveness, and economy, he said.

Perhaps Davao City thinks the Chinese vaccines were not the best when it comes to these standards, he mused.

To him, it is ironic that while the palace is going to bat for the Chinese vaccine, Davao City is going with Pfizer.

The wise don’t want trash for the people’s cash, he said.

“Nope, they are not Sinophobic. I don’t see any impulsive, irrational aversion towards anything Chinese, or related to the latter’s diaspora, culture and character. The people in Davao, the Man’s Upstairs’ hometown and bailiwick, just know how to give value for money.

Efficacy, effectiveness and economy these local leaders know must define their choice of the vaccines to have or to procure. And perhaps they know the ones from China don’t have the best of all three.

Quite ironic, funny even,
how the Palace is defending its procurement of Chinese-made vaccines and yet Davao is getting Pfizer.

The wise wouldn’t want trash for their cash. Especially if the money is not really theirs but the people’s…” Arevalo posted.