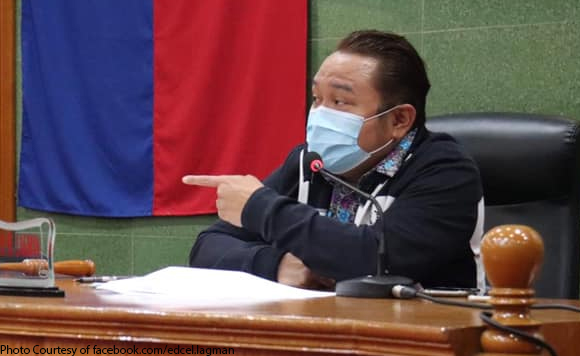 Albay Vice Gov. Grex Lagman is dismayed that even universities have not been spared from red-tagging.

In a Facebook post, Lagman slammed the decision of the Department of National Defense to end an agreement with the University of the Philippines that prevents the entry of state forces in the campus without coordination from school officials.

Lagman noted that UP President Danilo Concepcion has asked the DND to take back the abrogation.

But Lagman said all other state colleges and universities must speak up as well.

There must also be statements from the heads of the country’s private institutions of higher learning on this issue.

All campuses must be spared from militarization, he stressed.

He hopes there would be anofficial statement from Bicol University, and called on its CSSP Dean Alex Nepomuceno to help administrators come up with a solidarity message on the importance of academic freedom.

All schools must speak up.

Who knows if one of them might be targeted next?

“Now, schools are being red-tagged. Grabe.

UP President Danilo L. Concepcion has accordingly responded to DND Secretary Lorenzana’s unilateral abrogation of the UP-DND Accord.

All presidents of state colleges and universities across the country should follow suit. We also need the official statements of the heads of our country’s private institutions of higher learning on this pressing issue. Hope all say NO to militarization of campuses!